And the last of the hockey cookies.... which have all been eaten by the way and I got 1/2 of one (of 53 cookies)! My son is such a sweetie, he shared the last cookie with me while his dad sure didn't! ;-) These are hockey pucks and my son made the logo for his hockey team. 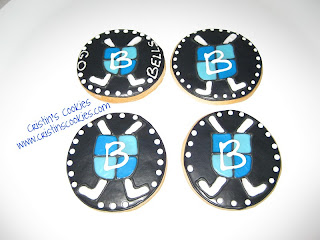 Nick's hockey team won last night, but just barely! We were ahead by 3 points and then the opposing team made a big comeback and we were tied! We ended up winning in over-time! It was a very exciting game! 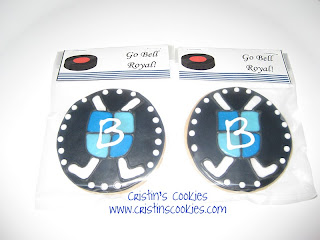 I went on an awesome bike ride today. When I finished I was soaking wet from the light rain, but the rain was warm and it actually felt good. We pushed it HARD today riding very fast and it was an awesome work-out. I was worried about the ride today, but I decided to give it a go and I know God helped me to be stronger for facing my fear. 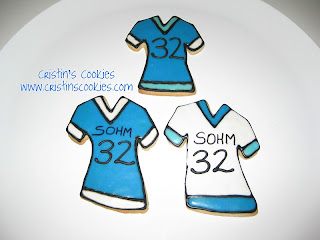 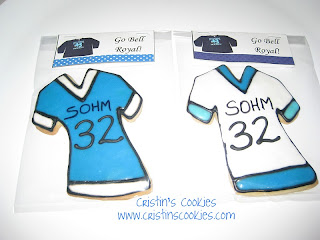 I finished with 53 miles, over 2,247 feet climbed and an average speed of 16.0. I also burned over 2,360 calories and only ate a power bar. I'm making some delicious baked pasta right now that will be so yummy after that ride. The ride wasn't all that long, but we pushed it hard against the wind to keep the pace up. My legs are already mush.... :-) 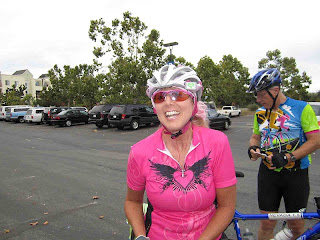 I hope you are doing something wonderfully fun and fulfilling with your weekend!