Duck Cookies - Northern Shoveler Ducks to Be Specific & The 508

Today is the start of the Furnace Creek 508. The toughest 48 hours in sport! I have several friends riding this insane challenge this weekend. It is 508 miles of cycling through desert with over 35,000 feet of climbing. Thankfully it looks like good weather for a very long weekend of cycling. Last year they had 50 mph winds and many DNF's (did not finish). I'm very excited to watch online at the progress of my friends as they pass time stations. Each cyclist or team has a crew that supports them throughout this journey by keeping them fed, handing them water bottles, inspiring them to keep those pedals turning around and around. I've never competed in this event and haven't had a desire to do so. I'm sure you can imagine why! I've heard from friends that have done this challenge that they have hallucinations and blisters on their hands and in the saddle area (owwww) and you are literally out there alone (other than your crew in a car closeby). The cyclists aren't allowed to be near each other since no drafting is allowed. It seems lonely to me, but quite a challenge. One of my friends asked if I would make duck cookies for their team, The Northern Shovelers. She figured that when they were tired and hot and didn't want to eat anything, at least they would want to eat a cookie to fuel them up. What a fun idea and what an honor to make cookies for their team working toward this incredible goal of 508 miles of cycling! 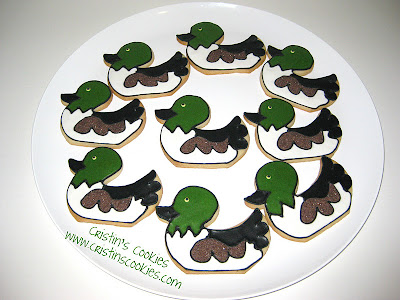 The longest ride I've ever done was last October. I did a 400 mile ride in 26 hours. The event was actually a 200-mile (double century), but I wanted to challenge myself further, so my daughter suggested that we go up the day before and she would support me in starting early. So I did the first 189 miles alone while all the rest of the cyclists were asleep in their hotel room preparing for the double century. With only 11 miles to go to meet my goal before the start of the official ride, I couldn't stay awake another minute on the bike and I knew it. So we loaded up my bike and drove back to the official start of the ride and we slept for 1 1/2 hours before starting the next 200 miles with the official group. It was much harder to get back on the bike than I expected. During that 1 1/2 hours of sleep, my body tightened up immensely and everything hurt. But it was exciting to know that I'd be riding the 2nd half with friends instead of out in the eery dark alone. Little things happened like at one point I had a cramp in my leg so bad that I could only pedal with one leg and had to hold the other leg up on my bike's top tube until the cramp went away. I got stung by a bee on the biggest climb in the hottest part of the day. The darn bee went down my jersey. After we finished the regular 200-mile portion, I had to leave my friends in the night at the finish to go ride my last 11-miles to meet my personal goal of 400 miles. I think I cried the whole way, excited to finish my goal and have the incredible support of my daughter and friends. 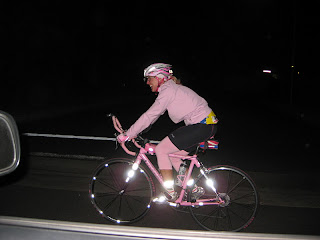 I'm very excited to watch the progress of my friends as they work toward their goal of 508 miles within 48 hours. I'm absolutely in awe of them! I know they will accomplish it because they are determined and they have trained hard. 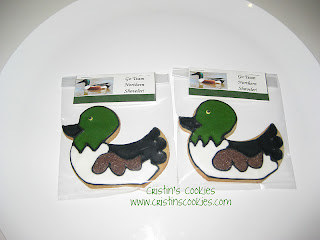 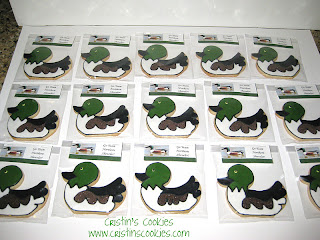